Concerned about the Lies Your History Teacher Told You?!

The plight of Martin Luther King Jr. and his nonviolent struggle are not some of them…

This week marks the 50th anniversary of the 16th Street Birmingham Church Bombing in Alabama, 1963.  During this extremist act, four innocent girls and two boys were killed during the bombing of a church known for housing members of the Civil Rights Movement.

Hauntingly enough, President Barack Obama addressed the American people this week regarding a possible strike on the Syrian government for unleashing chemical weapons on its people, a tragic event that also snatched the lives of  innocent women and children for no reason other than perverting power.

But nevertheless, here we are.  Collectively pondering the value of life as members of a global society are sacrificed in both the past and present.

I dedicate today’s post to the many innocent lives that have been lost in the name of DEMOCRACY & FREEDOM or the lack thereof.

Lesson Plan Inspired As a Result?

I came across a super cool clip concerning Martin Luther King’s ‘Dream,’ as we continue to ask,: has it been realized…not just on a national scale, but also, internationally?

While students view the clip, ask them to complete the following handout as a source of notes…

If you are a member of the Upfront community, I challenge you to make the teaching world a better place…just as MLK did for social rights, do so for educational progress…how can YOU leave your MARK?  What will YOU contribute to your legacy?

Scour the MEDIA world; find a valuable–perhaps timeless—CLIP (so we can use it year after year!) and develop a HANDOUT to correspond!

Several colleagues have expressed interest in contributing to the GP curriculum.  Here’s your chance!  ANY professional can do this.  You don’t need to be a ‘seasoned’ (whatever that means) GP teacher to contribute!

Let’s collaborate by adding to this bank of timeless, valuable materials-in-the-making!

EMAIL YOUR SHARABLE MATERIALS to edupavich@yahoo.com and I’ll showcase them in a post dedicated to YOU, and your HARD WORK!! 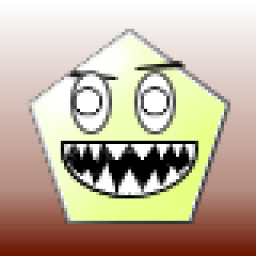